Slater so close in Campillos

Freddie Slater was undoubtedly the most successful driver in any of the races at the Junior World Championship in Campillos. Despite his talent and the support of the RFM team, his second world title slipped away from him by a few tenths at the end of a breathtakingly suspenseful Final. After the understandable disappointment of the moment, what remains is an exceptional level of performance which will have the opportunity to take him to victory in other competitions. 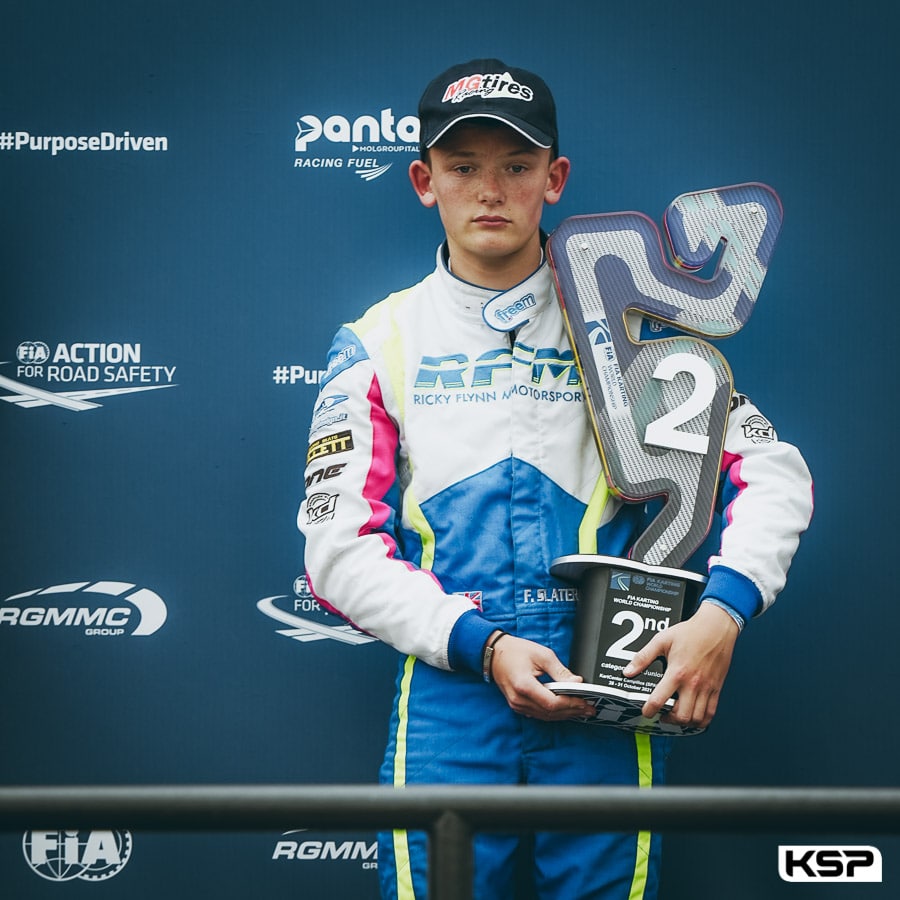 The Ricky Flynn Motorsport team had demonstrated in the Champions of the Future event the previous week that the Campillos circuit held no secrets for them. However, the change in weather for the World Championship caused problems for some of its members. Wet already on Saturday morning, the Spanish track remained slippery to varying degrees on Sunday and getting the set-up right was often a real headache for the mechanics as well as the drivers.

Everything went well for Freddie Slater, setting the 2nd fastest time of the 101 participants in OK-Junior. He won two heats before having to retire because of a problem with his braking system in the third heat. He limited the consequences by finishing very strongly, but 11 places were still lost. According to the current FIA Karting competition format, he only had the Final to make up for it. Freddie did his job well, taking the lead on lap 6 of the 16-lap race after a rapid 11-place improvement. He continued to push for the win and took the lead with the fastest lap and a lead of over 4.7″. But that wasn’t enough… He had unhooked his spoiler in the fight during the early laps and was 0,26” short of compensating for his 5” penalty and being crowned for the second time in a row. This is what is known as the vagaries of competition. 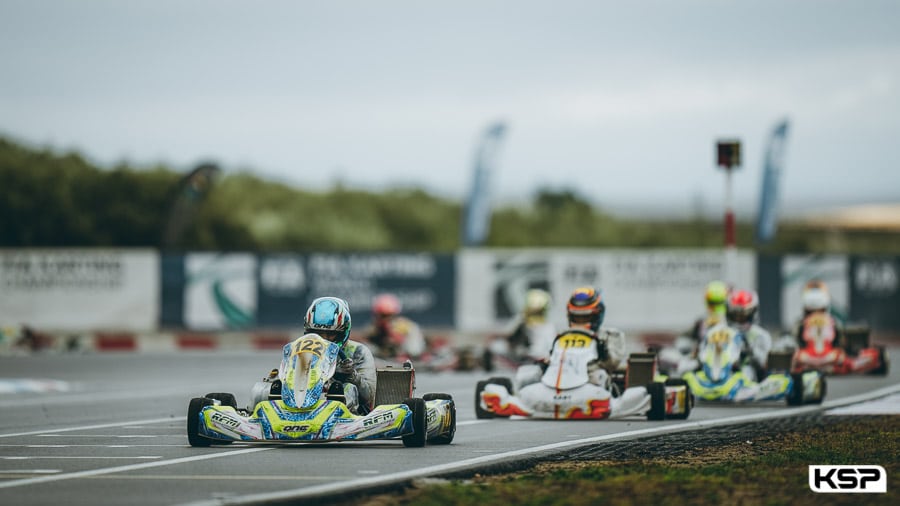 Meanwhile, Dion Gowda had a great performance after qualifying 20th. The young Singaporean drove good Qualifying Heats and continued his effort with a five-place climb in the Final with the reward of finishing 9th. Edgar Anpilogov also made up some ground in the heats, despite some setbacks. He had a good Final, moving up 10 places to 19th despite a dropped spoiler. Maxim Rehm moved up 21 places to enter the top 10 of the heats. He was back in 11th place on the finish line of the Final after some difficult first laps, but a heavy penalty sent him back to 21st place.

Enea Frey did not manage to progress in the heats and was unable to join the 36 finalists, as well as Salim Hanna, who was far from the front with his 67th time. 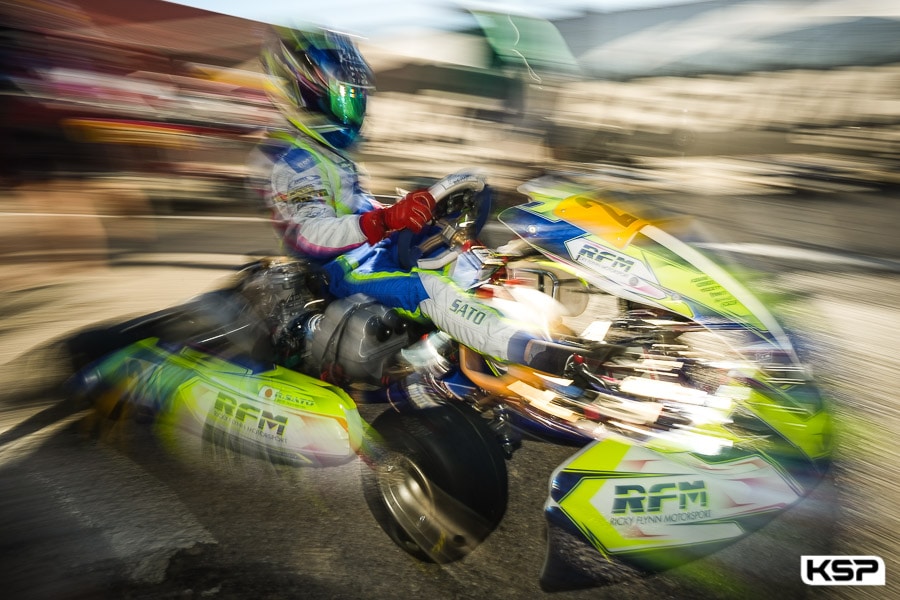 In OK, Rintaro Sato made another good performance, coming back to 12th after the heats. The slippery Final was less favourable to him. He lost ground at the beginning of the race before finding his balance and finishing 25th.