Following the many successes of Ricky Flynn Motorsport this year, the British team is preparing for the 2022 season with a line-up of nine drivers. RFM is delighted to begin a new collaboration with LN Kart chassis from the OTK Kart Group, the recently launched brand of Lando Norris who shared multiple success in karting with RFM before becoming a top F1 hopet. A trusted partner of RFM for the past 12 years, ONE Engines will once again prepare Vortex engines in 2022. The programme for the coming season will focus on the FIA Karting Championships and important races in OK and OK-Junior.

Three Junior drivers remain with RFM as they make their much anticipated move up to the top category of OK.
– Freddie Slater, United Kingdom, European Champion and World Junior Champion of 2021, will make his debut in OK with great ambitions.
– Dion Gowda, Singapore, 9th in the 2021 World Junior Championship, is set to take a major step forward in 2022.
– Maxim Rehm, Germany, runner-up in the German Junior Championship, will continue his progression with a first positive experience in OK at the WSK Final Cup. 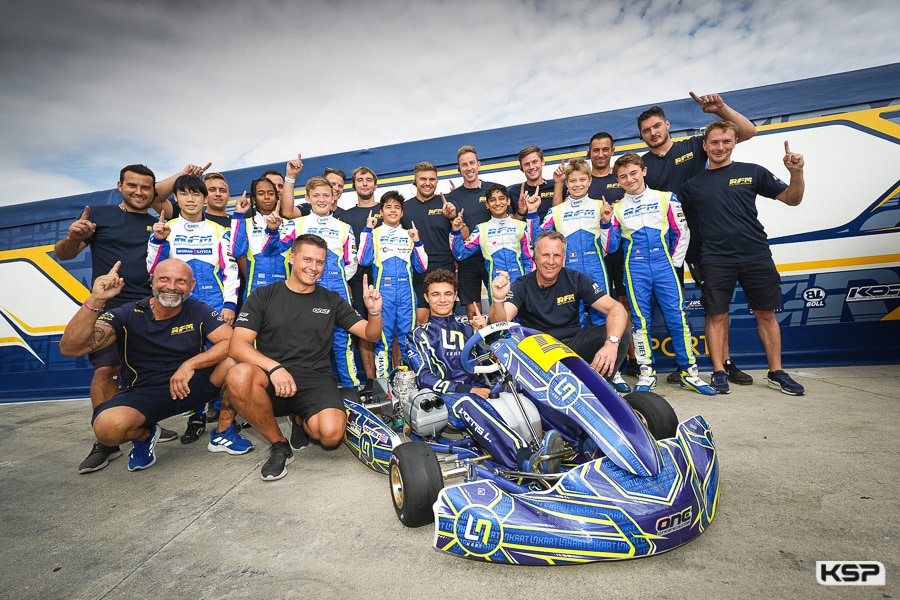 Six drivers, including four newcomers, will be wearing RFM colours next year in OK-Junior
– Enea Frey, Switzerland, who performed well in his first year in OK-Junior, intends to play a leading role in 2022 for his second season with RFM.
– Salim Hanna, Colombia, is motivated to deepen his mastery of the category started in 2021 with RFM.
– Maciej Gladysz, Poland, will join RFM in 2022 with high ambitions for his second year in OK-Junior.
– Thomas Strauven, Belgium, fast driver in X30 Junior in 2021, will compete with RFM in his first full season in OK-Junior after enjoying his first participation in the WSK Final Cup.
– Alfie Slater, UK, a brilliant Mini driver with Energy Corse, will start in OK-Junior following in the footsteps of his champion brother.
–  Oleksandr Bondarev, Ukraine, has chosen RFM to continue in OK-Junior after interesting results in 2021 with his family team. 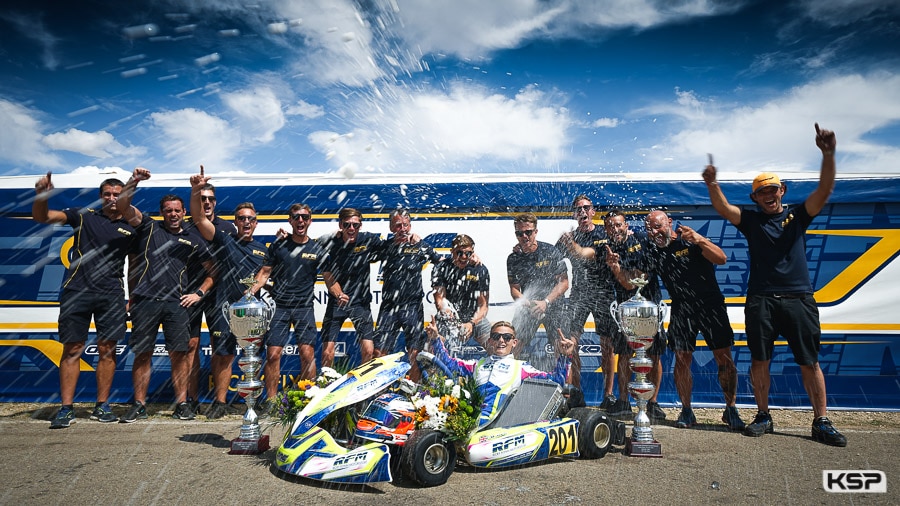